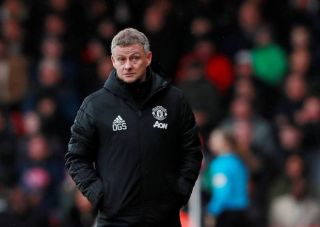 Twelve games down in the Premier League and after Manchester United’s draw against Liverpool they now have 10 points. The Red Devils now have two games before a top six double header in Spurs at home and then City away, now over the last few years United have struggled in games against the other 14 clubs in the league not necessarily the top six.

These are the next two Premier League games, now in the past United would aim to win every game but recent form and performances would suggest that United don’t perform well in these games.

United have taken a total of 8 points of a possible 12 out of games against Liverpool, Arsenal, Chelsea and Leicester. Now in any season that would be a good return for these games but in the last few years United’s record in big games has been good.

But in the games against Wolves, Crystal Palace, Southampton, West Ham and Newcastle we have taken 2 out of 15.

In the last three games against Norwich, Bournemouth and Brighton we got 6 from a possible 9 so we have improved but we are prone to a bad performance in these games and herein lies the problem.

Under Van Gaal, Mourinho and Solskjaer we can point to great wins against the big teams, but we can equally point to awful performances against the teams lower down the table.

As you can see from the above the 2017/18 season was United’s best since Sir Alex Ferguson, José Mourinho has made a career of being a flat track bully in terms of beating the smaller teams but not losing the big games. Only Pep Guardiola’s City team who got 100 points made the achievement of 81 points look like a failure.

Louis van Gaal would always get good results against the big sides but would struggle against the other teams, so he was consistent but only Mourinho came anywhere close to putting up a fight for a title.

So far, the results and performances have been good in games against the top six and a top six rival in Leicester, but as I said earlier it’s not those games where they struggle. Over the years where the impetus is on United to attack and break down stubborn defences, opposition teams work harder and take their chances when they get them.

Games last season against Brighton, Huddersfield, Cardiff, West Ham stick in everyone’s mind with the bad results and performances and a task Ole will need to do quickly is to beat these teams and stop dropping silly points.

Every team drops points but, in this day and age where teams getting over 90 points in a season don’t win the league, you have to make sure you don’t drop silly points. If United can get back to being flat track bullies and take over 70 plus points out of the 84 on offer against the 14 teams in the Premier League excluding the top six then they would go close considering their top six record.

Last season’s stats can be deceiving as changing a manager halfway through a season will mean the stats don’t look similar to previous seasons. United are in transition whichever way you look at it with a new manager and the squad being changed, so patience will be needed.

Fans will always want results against the big teams but if United want to be challenging for the title then Solskjaer needs to find the formula to beat the other teams in the league and this would give him a platform to build a team who can challenge at the top level.

The start this season has not been good but the results are improving, so he has two games to rectify this before a massive doubleheader against Spurs and Manchester City in early December, if Ole can keep the team playing the way they have been in recent weeks apart from Bournemouth then United can start to make the climb back to the top but as fans let’s not overact when one of these results go bad.

So, Ole needs to get United back to being consistent beating the rest of the league then if our good record against the top six then they will drop points against each other plus the other teams so we will need to be ready to capitalise. The next two games are tricky so they will tell us if they have learned their lessons or it will be a case of more dropped points for the rest of the season.