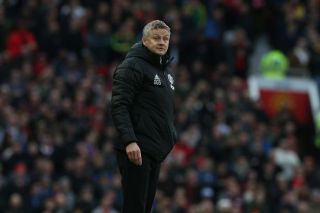 Ole Gunnar Solskjaer has upped his interest in Red Bull Salzburg’s Erling Braut Haaland by sending a personal scout to monitor the striker, according to a report.

We are led to believe Manchester United are in the hunt for a new striker and Haaland is one of the most-wanted names in European football this season.

However, Solskjaer has been coy when asked about the impressive 19-year-old goalscorer, although in September he said (via TeamTalk): “It was nice watching the game last night, it was great watching him. Everyone is excited by his development.”

Of course, being a Norwegian, Ole is excited about the prospect of having one of the best strikers in the world play for his country. But hopefully Haaland has a successful club career ahead of him — and the next chapter is at Old Trafford!

Solskjaer knows the forward having given him his first taste of senior football when in charge at Molde. He won’t be surprised to hear Haaland has scored 26 goals in 18 games this season and has even attracted the interest of La Liga champions Barcelona, although ESPN claim they’ve been put off by his ridiculous €100m (£86m) price tag.

Norwegian newspaper Dagbladet claimed on Thursday that Solskjaer has already made a proposal to sign the striker, though the report doesn’t state who that proposal was made to…

And now The Athletic bring us an exclusive on Friday claiming Solskjaer is so keen on Haaland that he’s ‘asked Simon Wells to specifically monitor the 19-year-old’.

Wells and Solskjaer apparently formed a good relationship while he was a scout for the Red Devils in Scandinavia.