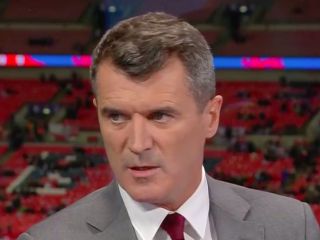 Roy Keane has casually revealed he was in an altercation with Man Utd teammate Peter Schmeichel in a hotel room.

The controversial United legend was speaking about the way Gareth Southgate has handled the situation involving Joe Gomez and Raheem Sterling, which has dominated the headlines this week.

Sterling was subsequently dropped from tonight’s game against Montenegro at Wembley, which Keane did not think was necessary.

It’s no surprise that Keane was involved in a bust-up at United and the pundit revealed that Sir Alex Ferguson branded him and goalkeeper Peter Schmeichel a disgrace after the incident.

Keane says the pair settled their differences and the relationship on the pitch was not affected by the events.

As a pundit, Keane is great value and his brutal honesty means we can get new insights as fans into what really goes on behind the scenes.

'I've had a fight with @Pschmeichel1 in the hotel. It was 4 in the morning, there weren't many people around…'