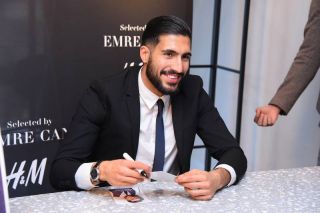 Juventus are reportedly willing to let midfielder Emre Can leave the club in the January transfer window despite him only joining last summer.

According to Calciomercato, the German international could be available for as little as £15m after being left out of Mauricio Sarri’s Champions League squad at the start of the season.

“I’m not happy right now. I don’t play much at the moment,” Can said last month, as quoted by the Express.

“Last season I played a lot. Especially in important games for Juventus. And I also played well there.

“I haven’t had a chance this season.”

It seems clear that Can is gearing up to leave the club in January and Manchester United has emerged as a surprise possible destination for the former Liverpool man.

Sky Sports reported last month that the Reds are considering a move for Can in January and the move would divide opinion within the United fanbase.

Here’s five reasons why it may be worth United taking a risk on the want-away midfielder.

The concern amongst many fans when a player moves to their club from a different league is whether they have what it takes to adapt to the Premier League. There are no such worries with Can who proved he is a dynamic midfielder suited to the league.

Can is just 25-years-old; he still has his best years ahead of him. Despite the fact that his move to Juventus has not worked out as desired, there is plenty of time for the midfielder to rediscover his best form from his Liverpool days. Ole Gunnar Solskjaer is looking to identify talent for the future but Can has the mix of experience with plenty of years left in his career to hold his value if a move to Old Trafford does not work out.

Can offers cover in a range of positions; right-back, centre-back and of course midfield. While he might not necessarily be first-choice in Solskjaer’s midfield initially, he would be a useful squad player that could fill in in a number of areas if required.

The reported £15m asking price relatively low risk for a player of Can’s quality, age and experience. While he isn’t the world-class midfielder United fans will want to see come to Old Trafford in January, he is more of a realistic signing that could do a job in a United midfield that needs strengthening.

Solskjaer is still threadbare in midfield options with Marouane Fellaini and Ander Herrera not yet replaced in the squad. With injuries to Pogba and McTominay, you start to wonder what sort of midfield the Reds can actually now put out. Can could be the ideal man to come in and do a job in the centre of the park when required. 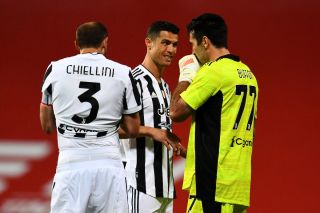