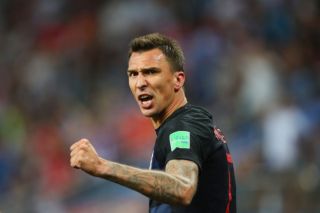 Mario Mandzukic has been linked with a move to Manchester United since the summer when Ole Gunnar Solskjaer’s attacking options shrunk after Alexis Sanchez and Romelu Lukaku both joined Inter Milan.

That left the manager with Marcus Rashford, Anthony Martial and Mason Greenwood.

All under the age of 23 — with Greenwood coming in at 18 — Solskjaer took a big risk and probably regrets doing so given that United struggled for the eight weeks Martial spent out injured.

Rashford has improved since Martial’s return but the England international was unable to fill the Frenchman’s void. He even looked to be losing his confidence with nothing going his way at the time.

But Mandzukic is out of favour at Juventus and would be a pretty straight-forward buy in January.

Last season, the Croatian scored 9 goals and registered 6 assists in 25 Serie A matches for the champions.

Italian newspaper La Stampa has today reported that Mandzukic is still determined to join the Red Devils, as cited by 101 Great Goals.

Moreover, it is claimed that Juventus sporting director Fabio Paratici would be willing to sell the forward to United for “a few million euros”.