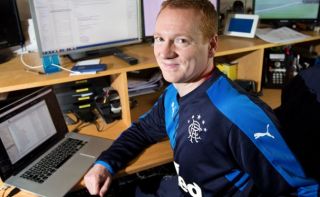 There has been criticism aimed at Manchester United for years over the club’s recruitment.

But today the Red Devils have make some changes with the appointment of Neil McIlhargey as recruitment analyst, as reported by the Manchester Evening News.

The analyst, who has previously held positions at Rangers, Watford and Brentford, becomes the second notable addition to the United set-up since Ole Gunnar Solskjaer was made permanent manager in March.

READ MORE: RB Leipzig boss may tell Timo Werner to leave if it is in his best interests with Man Utd chasing striker

A lot of improvements are needed in the recruitment department at United and I wouldn’t be naive to expect to addition of one man will change too much, but this could be a step in the right direction.

We at least hope so!

The reality of the situation, though, is Ed Woodward still holds the power of these things and football transfers.

I don’t mean to get into the habit of repeating myself — and the views of many others — but Woodward is a businessman with insufficient football knowledge to run a club like Manchester United.

As long as he’s in that position, holding all that power, United are stuck in the mud.

Not to put a downer on things, of course. We wish McIlhargey all the best in his new role at the club.