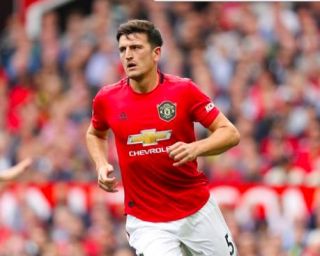 Gareth Southgate is reportedly concerned about Harry Maguire’s fitness ahead of England’s upcoming Euro 2020 qualifiers against Montenegro and Kosovo.

The Daily Mail reports that the England boss is frustrated that Maguire has played in every single game for the Reds since the previous international break.

The 26-year-old has played more than 630 minutes of football for the Reds in under a month as Ole Gunnar Solskjaer has chosen not to rest his star central defender.

Southgate is worried that Maguire could suffer from fatigue and is therefore considering resting him for one of the qualifiers this week, despite him being the first choice centre-back.

After Axel Tuanzebe’s injury, Solskjaer has become completely reliant on Maguire at the back and has opted to play him in the Europa League and Carabao Cup where he could have given the likes of Phil Jones a rare run out in the side.

Maguire has been captaining the Reds of late and his importance to Solskjaer has been highlighted with the incessant selection of the defender.

England need just one point from their final two matches to qualify, but a victory would ensure they win the group and become top seeds going into next summer’s tournament.

Is Harry Maguire the right choice to be the next Manchester United captain? 🧐 pic.twitter.com/H1bdaf2kJH