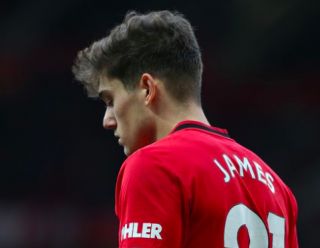 A decade ago, a scrappy finish by a beaming, relatively unknown debutant as a substitute against Chelsea kick started United’s season. Back in the day when Antonio Valencia was a flying winger (ah, good times), Javier Hernandez made an impact in the red of United that was decisive and immediate. Hernandez went on to become a two-time Premier League winner under Sir Alex Ferguson.

The man known simply as “Little Pea” signed amid criminal under-investment in the squad as the Glazers tightened the purse strings and began to place financial constraints on a United squad in urgent need of an upgrade. Not much has changed then. Eyes were raised at an underwhelming, unknown and unproven addition from the lower echelons of the Mexican league – a player you had to Google to piece together his rags to riches story.

It is fitting therefore, that ten years on and for the first time since Chicharito, Manchester United have unearthed a genuine gem. The club’s hapless, flawed, haphazard transfer policy had lurched from Marouane Fellaini to Lee Grant via Bebe and Morgan Schneiderlin. Only Ole Gunnar Solskjaer’s “cultural reset” restored the equilibrium. For as impressive as summer signings Aaron Wan – Bissaka and Harry Maguire have been – adding grit and guile to our hirtherto porous backline – Dan James is our best signing for years. There are parallels with the arrival of Hernandez all those years ago. A constant menace, he’s been brilliant all season.

Not since Cristiano Ronaldo left have we had a winger to put us on the edge of our seats and look capable of making something happen every time he gets the ball. From the moment James had his own Chicharito moment against Chelsea in scoring of the bench, he has never looked back. James went on to be voted United’s Player of the Month for August and for a player touted as one for the future, he is very much part of United’s present.

There are shades of CR7, Andrei Kanchelskis and James’ national team manager Ryan Giggs all rolled into one. Wan-Bissaka and Maguire have strengthened the other end of the pitch and naturally been the focal point of United’s new transfer policy. But James has crept under the radar and, like Hernandez he has turned out to be an absolute steal.

Don’t forget he came from the Championship as a young player, making the step up from sleepy Swansea to one of the giants of the English game. All this, and his dad died just days before the Old Trafford move. That, combined with his overnight rise into the national spotlight, and you have an emotionally draining concotion that no student age youngster should ever experience. You’d expect James to take time to adapt to his new palatial surroundings but he’s looked more at home in the red of United than some of our more established senior players.

What I really like about our number 21 – he turned 22 yesterday – is his tenacity and bravery. Statistically the most fouled player in the league due to his quick feet and ability on the ball, he just gets up, carries on and comes back for more. No matter how much he gets kicked from pillar to post, he never hides and always demands the ball. Just like a certain teenage tyro by the name of Cristiano used to.