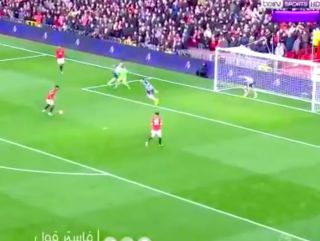 Manchester United have immediately restored their two-goal cushion against Brighton at Old Trafford.

Lewis Dunk had halved the deficit to 2-1 with a powerful header from Pascal Gross’ cross with 25 minutes remaining.

But just moments later United went up the other end and Marcus Rashford fired home following some brilliant work from Anthony Martial.

Andreas Pereira had opened the scoring for the Reds with a deflected effort, and the advantage was doubled before half-time with a goalmouth scramble involving Scott McTominay.

Rashford’s strike means it now looks like the Reds will get back to winning ways in the league before the international break, and climb seven places in the league to the dizzy heights of seventh.