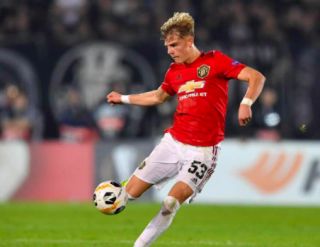 The youngster comes in at left-back for club captain Ashley Young in the only change from the side that were defeated 1-0 at Bournemouth last weekend.

Williams has made somewhat of a shock rise to first-team prominence this season after not even previously being mentioned as a potential future starter by Solskjaer last season.

In fact, he was not even part of the touring squad that travelled to Australia and Asia in this summer’s pre-season tour.

But Luke Shaw’s injury has meant Williams has been given several opportunities in the cup competitions to prove himself under Solskjaer.

The 19-year-old particularly impressed when up against Chelsea winger Callum Hudson-Odoi in the Carabao Cup victory at Stamford Bridge.

“I have liked what I have seen from him since he came into the group. I could have given him a game on Thursday but I felt it was best for him to be preparing for this one,” Solskjaer told MUTV.

“Brandon’s been very good when he has played, and it’s a good test for him,” he added, speaking to BBC Sport.

United currently sit in 14th position in the Premier League but can go seventh with victory over Graham Potter’s Brighton side this afternoon.