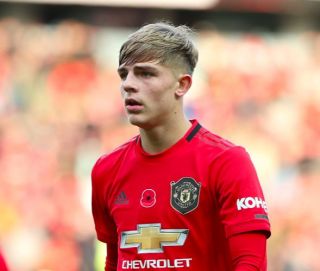 Brandon Williams has been solid on his first Premier League start for Manchester United against Brighton at Old Trafford.

The 19-year-old came in at left-back for club captain Ashley Young in Ole Gunnar Solskjaer’s only change from last weekend’s defeat to Bournemouth.

And so far, Williams has yet again justified his first-team selection with an assured performance in defence.

The academy graduate seldom looked troubled against Graham Potter’s side as United went into the break with a comfortable 2-0 lead.

Andreas Pereira opened the scoring with a huge slide of luck via Dale Stephens’ deflection and the Reds doubled their lead following a goalmouth scramble with the ball eventually put into his own net by Brighton defender Davy Propper.

Williams has rarely put a foot wrong so far in a United shirt and it will be interesting to see if he can retain his place in the squad when Luke Shaw returns from injury.

See Williams’ near flawless stars via Statman Dave below:

Brandon Williams in the first half vs. Brighton: