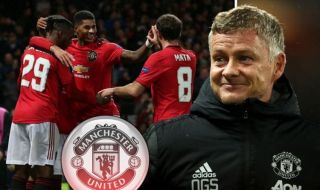 One role has yet to be nailed down under Ole Gunnar Solskjaer is the no.10 slot, with Juan Mata staking his claim on Thursday night against Partizan.

While we know Mata won’t play every week — his legs aren’t what they once were — he is undoubtedly the only playmaker at the club with real quality.

The likes of Jesse Lingard and Andreas Pereira don’t compare — and both have been absolutely rubbish of late. The Brazilian, for instance, hasn’t ever really offered anything to United but continues getting into the team somehow.

Mata will hope to get the nod again against Brightion and Solskjaer discussed his influence after last night’s win.

“Of course, when we spoke to Juan about a contract extension, I spoke to him about [the fact] he wouldn’t play every game,” the manager said, as quoted by the official Man Utd website. “But he would be important the re-shaping the culture of the group, of the team.

“He’ll play his share of games. He’s played in the Premier League, he’s played in the cup. Juan is the type of player who needs winners around him. He got that tonight and I thought you saw, at times, a better Juan.”

United’s goalscoring situation isn’t helped by the fact there isn’t a player in the squad capable of consistently linking the midfield and forward players.

Maybe Mata in his prime would be the ideal fit — but Solskjaer needs to go into the transfer market and find someone.

Paul Scholes suggested on BT Sport that United should play a 4-4-1-1 formation with Marcus Rashford played in behind Anthony Martial. The England international is not a striker and has played better out side, though it might be worth trying him to see if it can improve the service our forward players get each week.

Our opponents this weekend have a few absentees but Leandro Trossard is fit again. Adam Webster, Jose Izquierdo and Bernardo have been ruled out.

“We played Brighton quite early when I came in last year and I thought they gave us a really good game,” Solskjaer added. “I thought we were lucky to win. They have loads of football players there, good footballers who are comfortable on the ball.

“In the last four games, they’ve really turned a corner for me. They’re dominating teams and controlling games. Even the defeat against Aston Villa, they controlled that one until they got the sending off. So, the last four, I count them all as wins for them really.

“We’ve got to have loads of energy and go about pressing them really well, because we can’t let them be comfortable here at Old Trafford.”