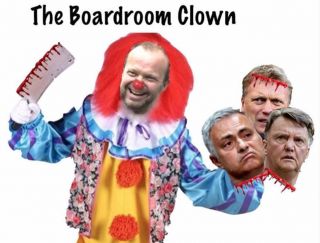 Exposing Ed Woodward’s lies has become a pastime for us at Stretty News.

David Moyes, Louis van Gaal, José Mourinho and Ole Gunnar Solskjaer have all been failed by the businessman who embarrassingly entered the football world not knowing a thing about how football clubs operate.

But the Glazer puppet is in it only for self-gain, like the owners themselves. He is one of them and that should never be underestimated.

Woodward recently defended himself and United’s problems but his comments are riddled with lies and false statements, as picked out by Sam Peoples of UnitedPeoplesTV.

“Someone needs to call Woodward out again on the lies he is trying to spread,” Sam wrote in the video description. “United fans aren’t sitting back to let this happen anymore.”

Watch the 15 minute video below, courtesy of UnitedPeoplesTV: