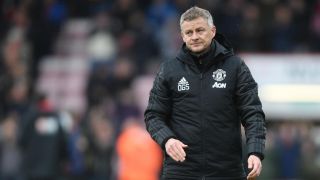 The 1-0 defeat at the hands of Bournemouth brought United back down to earth but the run before that of three wins in a row, all away from home, after a spell of six games without a victory, showed small shoots of progress. The performances, before Saturday, had arguably been more impressive than the results however and indicate that Solskjaer must keep faith with the transfer policy implemented in the summer.

Ed Woodward and the United board have been much maligned in recent years, and rightly so, but they seemed to have identified a strategy in the transfer market of the sort of player they wanted to bring into the club. Young, British, hungry was the remit and players who understand what it means to play for the twenty-time league winners were targeted. The three summer signings, Aaron Wan-Bissaka, Daniel James and Harry Maguire have all started well at their new club and have been improvements in their respective positions.

Whilst United didn’t begin the season particularly well, despite the opening day demolition of Chelsea, things are now looking a bit better. Fans need to accept that this current side do not have the quality or maturity to put together a run of five or six victories and therefore there will be many ups and downs and setbacks throughout the campaign. It is important to take a step back after such disappointments like the defeat on the south coast at the weekend and try to see the bigger picture. The slick, pacey forward play on display against Norwich was the clearest testimony yet as to how good the Red Devils can be when everything clicks, and the right personnel are fit.

Anthony Martial appears key to this United team as his return has conspired with the upturn of displays. The Frenchman adds another dynamic and clinical edge to the Old Trafford outfits attack and takes some of the burden and pressure away from Marcus Rashford.

The Carabao Cup draw has been kind to United as they face Colchester United in the quarter finals at the Theatre of Dreams, will all respect to the League Two side. It should give Ole another chance to blood some of the young talent available to him such as Brandon Williams who put in another solid performance last Wednesday, “Whenever you get results it will give players confidence. But when you give young lads like Brandon Williams the experience that he got tonight and the kid was again outstanding, it’s only going to help them,” said Solskjær, as per the Metro. The United boss continued, “We know we’re not the finished product, we’re a work in process and we keep trying to improve. They’re learning, getting new experiences, we want to win every game, when you play for Man United you’re expected to win every game.” As the United boss said, they are far from the finished product but progress is being made. The performances have been far more entertaining of late and the results have improved.

After the victory at Stamford Bridge match winner Marcus Rashford stated that (via the Mirror), “The main focus for us is improvement and development because we’re definitely going places. From pre-season, we did a lot of good work. The start of the season wasn’t exactly what we expected but we’ve got to get through it and get back to winning games.” The advancement in the League Cup and Europa League can only be good for the development of young players such as Williams, Greenwood, Gomes and Tuanzebe. Solskajer and the United hierarchy need to stay patient with the sides youthful players and remain loyal to recruitment plan.

United have been linked with quick fixes such as 33-year-old Mario Mandzukic, 31-year-old Mesut Ozil and 30-year-old Thomas Muller in recent weeks as the January transfer window approaches. Whilst they may address the lack of depth and creativity in the squad for the rest of the current campaign, they would be short sighted detrimental buys in the long run. Mistakes were made in the purchases of the like of Radamel Falcao, Bastian Schweinsteiger and Alexis Sanchez in the past and they must be learnt from. When asked about the Arsenal midfielder, United legend Paul Scholes suggested, as per The Sun: “He could be the answer short term, I don’t know. No I probably can’t (see it happening) but I just think he’s the type of player, short term, that Manchester United could do with.” Whilst the German World Cup winner is undoubtedly an improvement on the likes of Juan Mata, Andreas Periera and Jesse Lingard, who United have trialled in the ‘number 10’ position this season, his presence could stifle Angel Gomes’ progression or use up significant funds in the pursuit of a long term solution in the summer. United would be wise to wait until May and use their financial muscle and significant pulling power in order to attract the sort of player that fits the calibre and profile of their new and improved approach in the transfer market, should the suitable option not be available in the winter.

Whilst United may wish to prioritise British signings, they should not be targeted exclusively. After the latest defeat Solskjaer said, “If you want to get into the top four you need to win games like this. It is a step back for us today, but we need to shake it off and go again.” The likes of James Maddison and Jadon Sancho would improve the current playing squad dramatically but with both players respective clubs on course for Champions League football next year, tempting them to join the revolution at Old Trafford may become increasingly difficult. This season may be a frustrating case of ‘two steps forward, one step back’ for United but one thing they seem to have resolved is their recruitment.

Yes, there should have been more new faces coming through the doors to replace the ones departing, but the eagerness not to compromise and buy a player they’re not really keen on in order to plug a gap, is actually reassuring. The rebuild will take time and the fans demand results whilst the process is ongoing, and rightly so for a club the size of Manchester United, but the hierarchy need to stay faithful to the transfer policy implemented last summer and not suffer a knee jerk reaction trying to buy quick fixes in a bid to get points on the board.