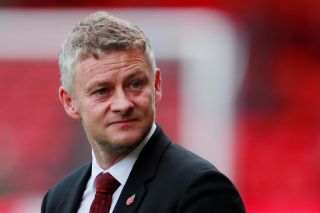 Man Utd need to strengthen in the January transfer market, though manager Ole Gunnar Solskjaer has acknowledged how difficult it is to get deals done in the winter.

“The priority now is to get the players fit and get to the next round,” Solskjaer said (via Manchester Evening News). “We always look at the long term with transfers, it might be none, might be two in January. It’s always the summer… you can’t really do too many big deals in January.”

It’s been a challenging season for the Red Devils. We started it after selling Romelu Lukaku and letting Alexis Sanchez go on loan, which was fine until it became reality that the club had nobody ready to come in and bring the goals.

The lack of dept in midfield can’t go ignored either. Ander Herrera left on a Bosman, therefore, wasn’t replaced further showing incompetence on the board’s part. Marouane Fellaini is another squad member who left without a new player coming in…

You can’t tell me Solskjaer was happy to start the season with just Marcus Rashford and Anthony Martial — neither having scored 20+ goals in a single season — as well as youngster Mason Greenwood.

This is Manchester United and for years our side has lacked balance.

Obviously, it is more difficult to get prime transfer targets in January, but United must try and even consider short-term options.

Otherwise we definitely won’t be playing in the Champions League next season and that’s a real worry now.