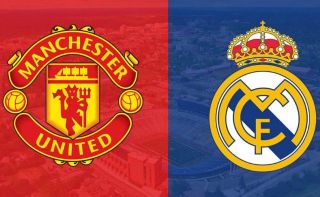 According to the Daily Mail, United are prepared to sign Sancho at the end of the season by bowing to Borussia Dortmund’s demands of a £100 million transfer free.

The 19-year-old is one of the brightest talents in European football right now — already contributing three goals and five assists to Dortmund’s Bundesliga cause in eight appearances this season.

United have been long tipped as favourites to sign the teenage sensation, but now a giant hurdle has been placed with Real Madrid expressing interest.

As reported by the Mirror, the Spanish giants are plotting a bid for Sancho next summer, with Dortmund now resigned to losing a key player amid continued speculation over his future at Westfalenstadion.

It doesn’t surprise us that Madrid will be knocking on Dortmund’s door for Sancho in the summer. The England international has a huge career ahead of him — and I still feel we would have got him last summer if Champions League football was secured at Old Trafford.

And, we’re unlikely to have it next season too!

United are still among Europe’s top clubs, but in football terms, I can’t see Sancho leaving Dortmund now for a team in the Europa League.

But money talks and maybe Sancho will warm to the idea of returning home, though he was brave enough to leave Man City at a young age for Germany and that worked in his favour.