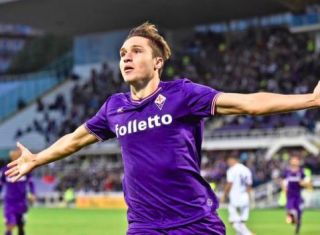 Ole Gunnar Solskjaer has prioritised right midfield as the key position to strengthen at Manchester United.

That’s according to ESPN’s Mark Ogden, who suggests the area, in which the Reds have lacked a specialist in for years, is being focused on in the upcoming transfer windows as Solskjaer and his staff are aware that there is a lack of creativity coming from the right-hand side.

Whilst it is just as important the central attacking midfield role is also addressed, the signing of a top class right-winger could provide more balance to Solskjaer’s system with Aaron Wan-Bissaka currently struggling in attacking areas.

We’ve taken a look at three realistic right midfield options the Reds could target in January:

NEXT:Solskjaer identifies key Man Utd signing after being told job is not under threat

The 22-year-old fits Solskjaer’s recruitment mould of young, exciting talent. Chiesa scored 12 goals in 41 games in all competitions for Fiorentina last campaign and has already scored twice and made two assists this season.

Chiesa is highly coveted and was linked with a move to Juventus and Liverpool this summer, so it won’t be easy to prize the Italian away from his Serie A club. However, he is exactly what United need in a natural right-winger with flair, an ability to chase down lost causes and has relentless attacking intent to drive at opposition defences.

According to the Sun, Solskjaer is surprisingly keeping tabs on the Burnley winger with a huge potential £35m move on the cards. The 19-year-old has impressed under Sean Dyche this season, contributing three assists in the league, and has the ability to play anywhere across the front line. McNeil is perhaps not the proven quality that the Reds should be prioritising, but has undoubtedly got huge potential.

Solskjaer has reportedly sent scouts to watch the youngster in a number of games this season. The England u21 international is also a huge United fan so a move seems realistic in January if the Reds are prepared to make their move.

However, United fans will question whether McNeil would offer much more than United have already got within their  ranks with the likes of Mason Greenwood and Tahith Chong, who given minutes in the first-team can also have a similar impact to the 19-year-old.

According to SportBild, as sourced by the Metro, Liverpool, Barcelona and Borussia Dortmund are all interested in the Valencia star.

Torres made his Valencia debut in 2017 and has made a promising start to the campaign in La Liga. The 19-year-old is a natural right winger with a great eye for a pass and final delivery, but is still relatively inexperienced and a concern would be the ease in which he would settle into the Premier League. 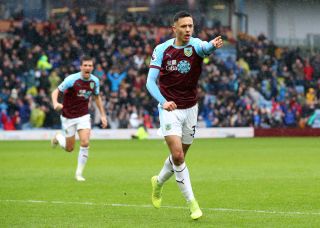