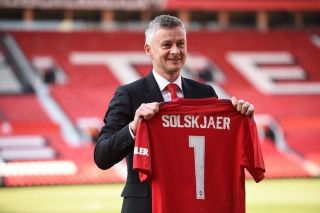 The million dollar question but maybe that should be the £300 million question as that is the minimum amount of money that needs to be spent on this squad. The reason I say that is because it is very much within Manchester United’s means to spend that kind of money. Ed Woodward has twice broke the clubs record transfer fee so that is evidence enough the club has the financial muscle.

The team is in dire need of experience and just a little bit of thought in the summer could have helped this young squad along.

Personality helps but you can’t tell me that someone like Mario Mandzukic wouldn’t have helped this group of players. He, of course, isn’t an exciting name and is 33-years-old but seeing how things are developing who else really wants to play for United?

The clubs options are narrowing. As fans, someone like the Croatian forward are not going to get us excited but a measured short-term signing could make the world of difference. I’m not saying Mandzukic is the answer to all our problems but his type and his experience would certainly help. If he could make us a little bit better it’s the progress we badly need.

The Reds can’t attract those top shelf players anymore and if the rumours are true about United being interested in Jadon Sancho, why would he choose The Theatre Of Dreams?

Chelsea will be back in the transfer market next summer (if they’re lucky) and they are a more appealing project if they are interested. The time to strike with transfers was last summer and that has been and gone. United’s stock has fallen so far its hard to imagine Europe’s elite or upcoming elite players being interested in coming to Old Trafford.

So what is the answer then? Throw money at the problem? Continue to promote youth and let results take a back seat? Buy more British players?

It’s probably all of that.

United have not had a good mix consistently since Sir Alex Ferguson.

It’s not all doom and gloom there are some positives.

Anthony Martial, Marcus Rashford and Daniel James are all very talented youngsters but you expect more than you are getting from them still. Flashes of brilliance and pace to burn have been shown in glimpses.

James in the first half against Bournemouth was electric. His movement and crosses deserved better finishes from his teammates.

Aaron Wan-Bissaka and Harry Maguire have performed well in their short time at the club. Mistakes here and there are going to happen (Maguire should already have a few goals to his name) and positionally they can certainly improve. In a team that is struggling they have provided some much needed positivity.
The conclusion of the contract situation with David de Gea will hopefully see United’s number 1 return to form and there have been signs of that lately.

The midfield needs urgent attention and a player or two in that area would dramatically change our fortunes. That also goes for a striker.

So having said all that who really are attainable targets? Not mentioning the players above (Mandzukic and Sancho).

James Maddison was a real possibility but Leicester are outperforming United in every department. The exception being United winning when the teams last met but look how they have responded to that defeat.
I have talked about Bruno Fernandes to death so it’s not worth going there again. He seems the obvious choice to me but what do I know!?

Other names have been banded about like Pablo Dybala and Christian Erikson but neither really seemed realistic.

Declan Rice is the type of player I think we already have. He is very talented and clearly is one of West Ham’s important players but it would be nice to see more progressive, dynamic passing midfielders. The squad lacks good footballers that are clever on the ball.

With regards to our youth, it would have been nice to see Angel Gomes get a run in the team at some point. Great talent and even though when he has played he hasn’t set the world on fire a bit of faith could increase his confidence. Tahith Chong hasn’t really produced and physically he needs to develop. Brandon Williams has been a breath of fresh air at full back and typifies what you like to see in youth playing in the first team. Feisty, taking risks and confident on the ball. A guy that seems to relish the challenge at the top level.

Having said all that, the easy thing to do in this situation is point the finger and blame everyone involved with the club. The buck stops with Ole. He picks the team and formulates the tactics with his staff. That’s undeniable.

I find it difficult to put the blame squarely at his door. Taking over a squad and playing a style completely different from his own is always going to take time. Players that were deemed not good enough were moved on but others still remain. The list of players that should not play for the Reds has shortened but others seem to have taken their place.

Changing that whole mentality in under a year is impossible. Working with a clueless board doesn’t help either. You could sack Ole but what would be the point?

Top four doesn’t even seem realistic so what are we really hoping for?

For me, it’s an improvement step by step, month by month. That has not happened but the signs are there.

At Wolves United were a penalty kick away from three points, at West Ham we missed guilt edged opportunities at 1-0, and a penalty could have been given against Arsenal. All if, buts and maybes but the season looks a lot different if things went our way. Of course, any team could say the same thing about any game but those certain circumstances change the mood around the club significantly. When it isn’t going your way it really doesn’t go your way. That has been the case for a while now.

Being negative about the club is easy (as I have proved!) and there is a lot to be negative about. We all want what is best for the club but how to achieve that is a much broader conversation to have later in the season. For right now it’s bleak but performances away to Norwich show the potential and it would be so nice to see it more often.