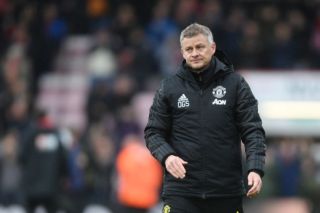 Ole Gunnar Solskjaer has been criticised by pundit Garth Crooks for being overly reliant on young forward Marcus Rashford.

Manchester United lost 1-0 at Bournemouth this weekend to continue their poor start to the season, just when things appeared to be getting better.

Crooks focused on one thing he feels Solskjaer keeps getting wrong.

Writing in his BBC Sport column, Crooks had to place for a United player in his Premier League team of the week, though he did find space for Joshua King who scored the only goal to win the game for Bournemouth.

The BBC pundit hit out at the United manager for the way he uses Rashford, who he feels has had to shoulder too much responsibility at such a big club at such a young age.

Crooks wrote the following: “It’s normally Callum Willson who gets the plaudits at Bournemouth, but on this occasion the centre-forward must give way to Joshua King. Manager Eddie Howe does not have to rely on Wilson to produce the goods all the time for the Cherries and can occasionally rely on King, as was the case against United.

“It would appear, however, that there seems an over-reliance developing by manager Ole Gunnar Solskjaer on Marcus Rashford. Solskjaer needs to be reminded that Rashford is only 22 and Manchester  United one of the biggest clubs in the world.

“To ask such a young man to carry so much responsibility, often on his own, is bordering on carelessness. Fortunately, King doesn’t need to worry about such matters at Bournemouth.”

Well, Solskjaer clearly expected more from Rashford when he sold Romelu Lukaku in the summer without signing a replacement for the Belgian goalscorer.

Crooks may have a point and now I think people are beginning to realise that Rashford is actually better played on the wing, preferably coming in from the left.

Rashford had been playing better lately.