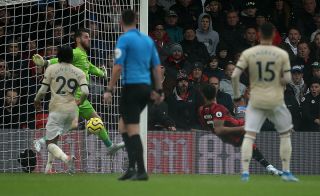 As a fan you want to enter every season with enthusiasm and optimism. Pre-season results encouraged that feeling and beating Chelsea 4-0 on the opening day perpetuated it further.

As we stand right now, Sheffield United, Leicester, Bournemouth, Crystal Palace and Brighton sit above United in the table. Three wins from eleven games in the league is obviously not good enough. Injuries to Paul Pogba and Anthony Martial didn’t help matters but it has exposed what every fan has forseen for a long time. The squad is not good enough.

Lacking much needed quality in the center of the park and relying on a teenager from the bench up top. Scott McTominey’s development has been good to see but is he really the man to anchor the midfield? Being a homegrown player will only take you so far in a harsh environment like the Premier League. You can’t give the ball away as much as he does and not get punished. Regaining possession is not his problem but keeping the ball is so key at the top level. Unfortunately, game management isn’t a skill he has yet developed. He needs time but the Reds need a top player right now. United have struggled to control games from midfield and it’s time to just call Fred what he really is. Not good enough. Nothing is progressive in his offensive play and United would really benefit from someone who would take a chance on the ball (cough, cough Bruno Fernandes).

Looking around at other teams midfield, for example, West Ham. They dominated the Reds earlier in the season in midfield with Declan Rice and Mark Noble. A good mix of experience and youthful exuberance. Unfortunately, Matic and Pogba have failed to provide the needed guidance the young midfield badly needs.

I’m not saying the Hammers duo should be at Manchester United but it’s a thought out combination that suits that team and gives it a direction.

On one hand it was a surprise that the club didn’t purchase a midfielder but in reality it was obvious.

The club seem to have changed tack over their transfer policy and bought more british based players. That’s absolutely fine as the players they have brought in have improved the areas they play in but the team is lopsided as a result. The defence is stronger in my opinion but Daniel James needs someone to play off. Now Martial has returned maybe a trio of Rashford, Martial and James could flourish but we are talking about a 22, 23 and 21 year old spear heading the attack. United need more experience up front. Who are the back ups? Lingard and Greenwood?

Creativity is not something the club has at its disposal.

I struggle to think why anyone connected with the first team at the club thought that was good enough going in to this season. Talking about going in a new direction or giving Ole time to build is nonsense when you are languishing in the bottom half of the table. How are you meant to attract players when currently Sheffield United, Brighton, Crystal Palace and Bournemouth sit above you in the table? The lack of foresight at a club as big as Manchester United is absolutely crazy.

Is it really a surprise the Reds are so inconsistent?

So we go in to another transfer window in January scrambling for players that we really should have bought in the summer. You know, like a well run club would.

What I can’t get my head around is that if United identified certain targets and they weren’t available or didn’t want to come in the summer, what would have changed in January or next summer? If it is a certain position they were trying to recruit then why wasn’t any player that was available or wanted to come to the club just bought in the summer? If you are committing to a new direction with Ole then obviously he wanted certain positions filled now not later. It doesn’t make any sense to wait as our current position can confirm. How can the majority of fans see what the problem is within the squad and the people running the club not? Of course fans are emotionally invested and not always right but an average fan can see clearly that this problem can’t be solved by Ed Woodward. He has been consistent in his failure and I refuse to believe Ole was happy with the squad he had at the beginning of the season.

The club is quick enough to send players on their way but painfully slow to buy.

It feels like there is worse to come with this current squad and what should be a good experience builder for players like Williams and Greenwood could actually kill their confidence.

After three wins on the bounce, a defeat to Bournemouth seems like we are back at square one.