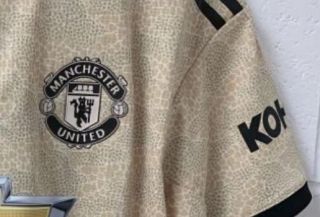 The official Man Utd Twitter accountant has released a sneak peak of Manchester United’s kit for today’s game against Bournemouth.

We have yet to wear our third kit this season and at Dean Court you’ll be seeing the players in it this afternoon!

It’s in no way subtle, with a snakeskin-esque look to it and United fans aren’t all that impressed, judging by the reactions on social media.

One Red even suggesting that it was designed by United midfielder Jesse Lingard, known for his questionable clobber, but truthfully it just shows that Adidas are losing their way a little.

The shirt features a red poppy for remembrance day.

Check out the reactions below:

Did Lingard design it?

Black kit is so much better

Can already tell this kit is bad luck.

Can already tell this kit is bad luck.