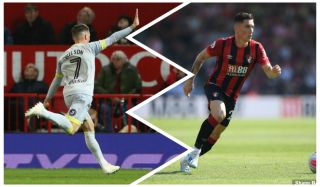 Liverpool loanee Harry Wilson says he will not be put off by the boos and abuse that will come his way this lunchtime when Man Utd travel to Bournemouth.

Eddie Howe’s side have been a mixed bag this season — level on 13 points with Manchester United in the Premier League table — but despite having a quality striker in Callum Wilson up front, they’ve struggled for goals lately.

A win could take either side to fifth in the table and Ole Gunnar Solskjaer’s side have been gaining a bit of momentum lately. The next month or so for United is full of winnable games, starting at Dean Court.

It doesn’t take a rocket scientist to work out why Wilson won’t get the best reception from the away end today (YSB!), but the 22-year-old has the been decent form this season so far, with three league goals in nine appearances.

Wilson told the Bournemouth Daily Echo: “It’s part and parcel of football. I’m definitely expecting a bit of stick like I was when we played Everton at the beginning of the season. Being on loan from Liverpool and United being their big rivals, it’s going to come my way.

“Whether it’s on social media or in the games, you are going to get that. You can’t let it affect you on the pitch. Hopefully, I can do my job and maybe get a goal.

“When you are getting stick it is always good. If I score, I’ll get my own back. Or if we win, that will feel good for me. It definitely drives you forward.”

Wilson scored against United for Derby County and celebrated with the ‘five times’ hand gesture.

It may be worthwhile getting Harry Maguire on his case in the early stages — just to leave a foot in and make our presence known.