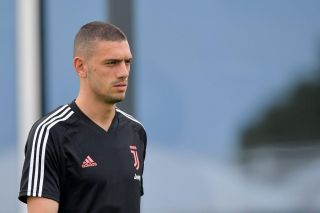 Juventus defender Merih Demiral could demand a transfer in January due to disappointment over a lack of playing time, a report claims.

Ole Gunnar Solskjaer’s side could still improve defensively, but it seems unlikely that he will make any defensive signings in January when he needs to buy in other departments, such as in attack and midfield.

But let’s get back to the Demiral reports.

Italian publication La Gazzetta dello Sport — as per CalcioMercato.com — claims that AC Milan may have a chance to sign Demiral and are monitoring the centre-back’s situation.

It has been noted that Milan are waiting on Mattia Caldara (returned to training on Monday) before making a decision in January.

Caldara has time to make his club think twice before replacing him, but he has yet to play a competitive game since getting injured.

However, Bleacher Report’s Dean Jones is reporting that Demiral is open to a move in the winter, with Arsenal and Man Utd also interested.

Juventus defender Merih Demiral will be open to the idea of a move in Jan if he can’t break into team. I’m told there is some interest from Arsenal and Man Utd.
Juve not super keen to sell him though at this stage

That’s where we come into it…

United already have a centre-back on loan in Italy, with Chris Smalling at Roma and doing very well. It may be a matter of Italian football suiting the England international better, so would Demiral be the right fit for United?

Personally, with Axel Tuanzebe out injured, I’d wait and see what he can offer. Victor Lindelof isn’t the worst option alongside Harry Maguire — but Solskjaer knows he could sign a better defender than the Swede.