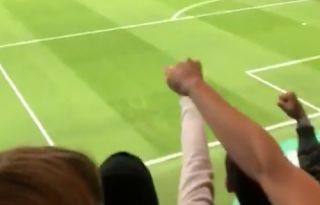 To the tune of Joy Division’s Love Will Tear Us Apart, Man Utd fans have come up with a chant in support of Wales winger Daniel James.

The same chant was sung down the years for Manchester United legend Ryan Giggs, who funnily enough manages James at international level.

James joined from Swansea City in the summer and has been an instant hit for the Red Devils.

He used his pace to put Alonso under pressure in the first-half and won a penalty, which Marcus Rashford later coveted.