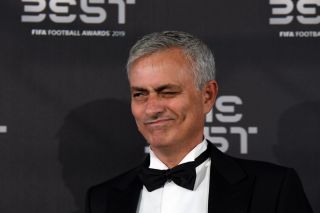 Former Man Utd and Chelsea boss Jose Mourinho is keen to return to the Premier League according to reports.

Mourinho was fired as Manchester United manager last December and has been out of football management ever since.

Things didn’t go exactly as planned in his final season, which was cut short by Ole Gunnar Solskjaer’s appointment as caretaker boss. The Norwegian has since gone on to replace Mourinho is a permanent capacity but he could still face the Special One in the Premier League fixture…

Mourinho’s style of football came under criticism and the results worsened.

The Portuguese tactician has featured predominantly on Sky Sports as a pundit this season.

However, he has been linked with several jobs, some being in the Premier League

According to Sky Sports, Mourinho is keen to return to the PL for his next job.

They claim: ‘A return to English football would be extremely appealing for Mourinho despite “untrue claims” he is holding out for contact from Real Madrid in case coach Zinedine Zidane is dismissed.’

This may be concerning news to a number of managers in England currently on thin ice in their present roles, such as Mauricio Pochettino (Tottenham), Unai Emery (Arsenal) and Marco Silva (Everton).

Meanwhile, ESPN claim Mourinho would be interested in the Arsenal job, if it became available.

What a shock that would be!