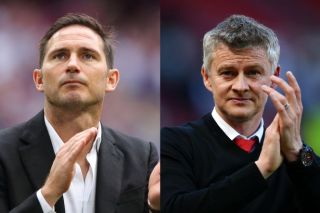 This week I caught up with Chelsea fan and Editor of Chelsea-News.co, Will Faulks, so see how they’re taking to life under Frank Lampard.

Things are going well for the former midfielder at Stamford Bridge and there’s already some momentum building with a young group of players. Unlike previous managers, Lampard has given opportunities to players from the youth system and wasn’t afraid to shift out one experienced player to a nearby rival in the summer, even though Chelsea themselves had a transfer ban and were restricted from making any signings.

A big thanks to Will for his answers this time around. Tonight we should see a tight encounter between the teams.

He hasn’t pulled up trees at Real Madrid this season, so tell us was it the right time to sell Eden Hazard even though Chelsea were restricted last summer from making signings?

It was the right time because we couldn’t hold onto him any longer. As it has turned out we’ve succeeded despite the ban too – but let’s not pretend it was convenient to have to sell your best player in the one summer you can’t sign anyone. In terms of Hazard’s career, he probably has peaked, but that doesn’t mean you couldn’t get many more years of brilliant play out of him.

Frank Lampard is getting plenty of praise at the moment — similar to Ole Gunnar Solskjaer during his caretaker stint — but do you fear this could be another honeymoon act, especially when the Chelsea dressing room has a knack for turning on the manager when things don’t quite work out?

There will be an element of the honeymoon period being over for sure, but only because it just can’t continue going as well as it is now forever. We will drop off at some point, but not as badly as United. OGS felt like everything went for him in those first few months and he’s lived off that since; whereas with Frank we’ve actually been getting tangibly better over the season so far as he’s settled on a system and a starting team.

As for the dressing room… that’s one benefit of such a young group. Lampard has shifted out one potential  troublemaker in Luiz, and the remaining players are mostly young and in awe of their boss.

What can we expect from Chelsea in this game?

Some amazing young talents, some attacking football, and probably some very risky pressing and dodgy defending too.

Is Christian Pulsic good enough to one day takeover from Hazard?

He’s unlikely to ever dominate the side creatively like Hazard did, or be as important over a long period, but he can still be just as effective as part of the team.

Tactically, how would you summarise Lampard to date as Chelsea manager?

What are your objectives for this season and is there a set time for when Lampard needs to deliver a Premier League title?

No chance, but he’s certainly making his life harder by doing so well this season. Fans would genuinely have taken a battle for the Europa League places in August. Now they’re arguing about how far we can go in the Champions League knockouts…

It should be a fun one if we both play some kids. 3-2 Chelsea.