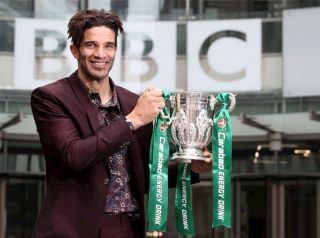 Get ready for the next round of the Carabao Cup which will the drawn live on radio by Zoe Ball, as confirmed by EFL.com.

We’re not joking. It’s the latest stunt pulled by Carabao which is totally unnecessary.

Ball will be joined by former England goalkeeper David James for the draw.

Man Utd must beat Chelsea tomorrow night to advance to the quarter-finals.

We are expecting both managers to make changes to their teams, adding a mixture of youth and fridge players to the starting line-ups.

That makes it even harder to know what to expect from the match but Chelsea have been in fine form of late — winning their last seven games.

United have been patchy at best, and despite losing 4-0 to Ole Gunnar Solskjaer’s men on the opening weekend of the season, the hosts will be confident of progressing in the Carabao Cup.

The season has only started and we could already have a placed booked in a quarter-final. United will also stand a greater chance of winning the League Cup outright by knocking Chelsea out!   .

David James on the draw: “I have so many great memories of the Carabao Cup and I’m proud to be part of the history of the competition. Every year it’s always an exciting competition to watch,  so I’m looking forward to seeing how my old clubs get on.”