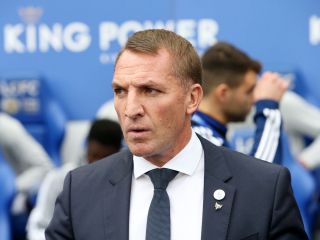 Regardless of how his spell as manager of Manchester United ends, Ole Gunnar Solskjaer will always be considered as a legend at the club. Unfortunately for the Norwegian, results just haven’t gone his way this season. If United don’t start recording more wins in the near future, it hard to see Solskjaer still in charge in the summer. With that in mind, here are three men who are being linked with taking over in what will prove to be an important appointment.

Tottenham manager Mauricio Pochettino was linked with the hot seat at Old Trafford when Louis Van Gaal left the club and following Jose Mourinho’s dismissal. Although Poch is going through a tough spell at Spurs at the moment, he should turn it around so expect to see them go on a run soon and appear as one of the popular football tips in the Premier League on a regular basis again.

The Argentinian led his side to the Champions League final last season and has done a fantastic job over the last few years on a limited budget. It could be argued Poch has taken Spurs as far as they can possibly go. With the new stadium likely to put a cap on how much money he will have to spend in their upcoming transfer windows, he will not be able to bring in the players he wants to add. At United, he would get the chance to build a squad, with a huge transfer budget to support him.

Former Juventus boss Massimiliano Allegri has a fantastic pedigree of managing one of the biggest clubs in Europe. While at Juve, the Italian won five consecutive Serie A titles, while he also landed the league championship with AC Milan in 2011. Allegri is known for being a well-organised manager who likes his teams to defend well collectively. With a defence which has struggled over the last couple of seasons, United’s board may see Allegri as the perfect fit to sort of their struggles.

It has been reported that Allegri has been learning English ever since he left Juventus back in the summer. The Italian is available at the moment and likely to be very open to the opportunity of managing Manchester United.

Leicester have made fantastic progress in the Premier League ever since Brendan Rodgers took over at the club and this season they are strong contenders to finish in the top four at the end of the campaign, where they look an excellent bet at 2/1 with most bookmakers, especially if you open a new account and pick up one of the best free bets from Racing Post’s recommenced list.

Rodgers would be a controversial choice at Manchester United as he is a former Liverpool manager. He almost guided the Merseyside club to their first Premier League success in the 2014-15 season as they finished second, two points behind Manchester City.
Once leaving Liverpool, Rodgers went north of the border to Scotland where he won the treble twice in Glasgow with Celtic. He was on course for another treble with the Scottish club before leaving in February to join the Foxes. Rodgers’ record in the Premier League and given how well he has bounced back from his sacking at Liverpool, is surely enough to earn him another shot at one of the biggest clubs in England.

United fans will be hoping Ole does turn it around and any discussion of a new manager goes away soon as that will mean the Red Devils are getting back to where they belong, but there are plenty of interesting candidates if they are forced into a managerial change.