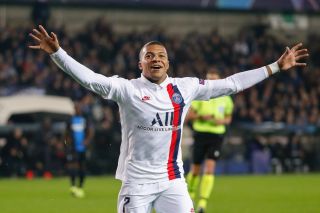 The Red Devils have struggled so far this season, particularly in attack, and could only serve up one goal last night against second-rate opposition in the Europa League which has been the case for some time now.

Saha thinks that elite strikers are a dying breed so United should do all they can to sign the PSG sensation.

The former United frontman told Compare.Bet, cited by the Daily Mail: “If you ask me, I would break the bank for Mbappe, but now it’s too late.

“But, when you look at strikers, it’s a dying breed. Lewandowski is a rare example of someone who ism left, and I don’t see many players that can easily fit up front.

“There is a need for someone up front who is strong enough to hold the ball and to give time and space to the players like Paul Pogba and McTominay to create something in midfield to put passes together.

“You’re asking a lot from young players because passing the ball around and having nice touches, it just looks too nice and it doesn’t work.”

Anthony Martial started his first game last night against Partizan Belgrade after being out with injury for 8 weeks. He scored from the penalty spot as United went closer to booking their place in the knockout stages of the Europa League.

The French striker looks a certainty to lead the line going forward, however, it remains to be seen if Solskjaer will opt for two strikers in his system going forward.

That will be Marcus Rashford, who has looked better when played out wide on the left, so the manager has options to alternate his attacking approach.

Goals win you matches and we’re not going to be signing Mbappe anytime soon.