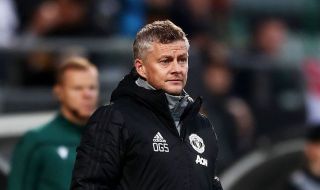 Inter Milan striker Lautaro Martinez is reportedly the subject of interest from Manchester United after making a strong start to the 2019-20 campaign.

The 20-year-old, who starts alongside former United striker Romelu Lukaku, has scored six goals in 11 appearances for the Nerazzurri across all competitions.

Inter are currently second in Serie A and Martinez is proving his worth in the Champions League too, scoring against Borussia Dortmund on Wednesday night.

A number of top clubs are said to be monitoring the Argentine forward at the moment, and with United searching for a new striker it’s no surprise to see us linked with him.

According to FC Inter News (a relatively unknown source for transfer news), United are among those eyeing Martinez, who has a €11 million release clause in the current contract at San Siro.

Barcelona are also thought to be chasing Martinez’ signature, yet FC Inter News add that the Italian giants are prepared to increase his buy-out clause to €180 million despite having four years left to run on his existing deal.

This seems like an exaggerated amount of money to pay for an unproven star, even if his form of late is impressive.

Expect speculation to intensify on this one but we don’t really buy United’s interest given the amount of money being touted.