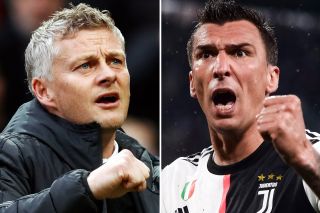 Manchester United have been regularly linked with a move for Mario Mandzukic for quite some time and the latest reports suggest a deal is being worked on.

Earlier this month, Italian outlet Tutto Sport revealed that United have a verbal agreement with the Croatian international to join in January.

That works out at around £7.8 million annually.

Last season he made 33 appearances for The Old Lady, whereas this term he has not played a single game. Sarri recently confirmed that the forward has stopped training with the Bianconeri, as reported by the Daily Mail.

We can’t say if he’s still got the quality that made him a household name, but Mandzukic has the experience that United lack in their strike force at the moment.

Signing the Croatian in January, though, would only be a short-term fix.

OPINION: The 3 signings Manchester United should make in January