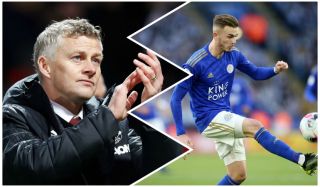 As reported by the Manchester Evening News earlier today, the Red Devils are ‘optimistic’ of adding James Maddison to their squad next year.

The report claims United are still tracking Maddison and it sounds like Ole Gunnar Solskjaer has identified him as the player to help his team become more efficient in the final third.

It is also seen as a bonus that Maddison is a boyhood United fan and close friend with former teammate Harry Maguire, who joined United in the summer as the world’s most expensive defender.

Sources have reportedly told the MEN that ’23 is the perfect age to recruit a player’ and Maddison turns 23  next month.

Both players are homegrown and that certainly fits into the profile of signings Solskjaer has been looking to bring to Old Trafford since becoming permanent manager in March.

Maddison would be a good buy and fans will happily see him replace the misfiring Jesse Lingard in the starting eleven.