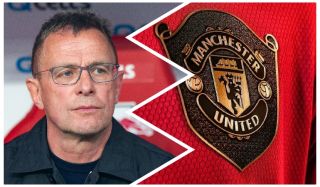 Former Hoffenheim and RB Leipzig manager Ralf Rangnick has emerged as a potential candidate to replace Ole Gunnar Solskjaer at the helm of Manchester United.

That is according to Sport Bild’s head of football Christian Falk, who tweeted as much this morning.

According to our information, Ralf Rangnick is a candidate at @ManUtd. The former coach of Leipzig would be also interested in @FCBayern

Solskjaer is the subject of criticism after a poor start to the season, but United don’t seem quite ready to remove him from his managerial duties just yet.

However, Rangnick is currently out of a managerial job and has been focusing on RB New York and the company’s clubs in Brazil as head of sport and development at Red Bull GmbH.

It is also worth noting that Falk, who is close to Bayern, is leaking our alleged interest in an effort to hurry the Bundesliga champions to do a deal.

Bavarians boss Niko Kovač has been under pressure for some time now.