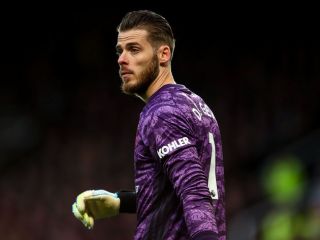 Manchester United are holding an open training session this morning before their clash with Partizan Belgrade in the Europa League.

Ole Gunnar Solskjaer is holding a press conference later on in the evening, once the squad has touched down in Serbia. We’ll have updates from that after 6pm.

No sign of De Gea either. Ethan Laird amongst the group in addition to Williams, Chong, Gomes, Greenwood and Garner.

Perhaps the biggest update from Duncker is Lingard’s return to first team training, so we can expect him to get minutes tomorrow evening.

The England international has been subject to criticism due to the lack of impact he’s had in the final third, yet to score or create an assist for the Red Devils this term.

Sergio Romero is expected to start between the sticks — as will be the case for all Europa League fixtures this season.

It comes as no surprise that Shaw and Matic are missing today, with the injured pair sent to Dubai for rehab.

Check out our match preview and predicted XI for tomorrow’s game.

More updates when we have them!