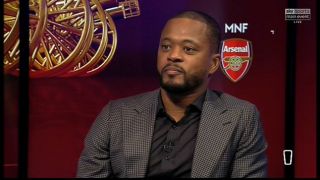 Patrice Evra has left a number of Manchester United greats out of his ultimate club XI when discussed on Sky Sports last night.

The Frenchman was on Monday Night Football to cover Arsenal vs Sheffield United, but also discussed other football matters.

Evra was asked to name his ultimate XI from team-mates he played with throughout his successful career.

He didn’t find room for Wayne Rooney, Gary Neville or Nemanja Vidic in his line-up, which may cause some controversy, but his options in place of those players aren’t too shabby, it must be said.

Giogio Chiellini partners Rio Ferdinand in central defence while Dani Alves and the Frenchman himself take up the full-back roles — protecting Edwin van der Sar between the sticks. 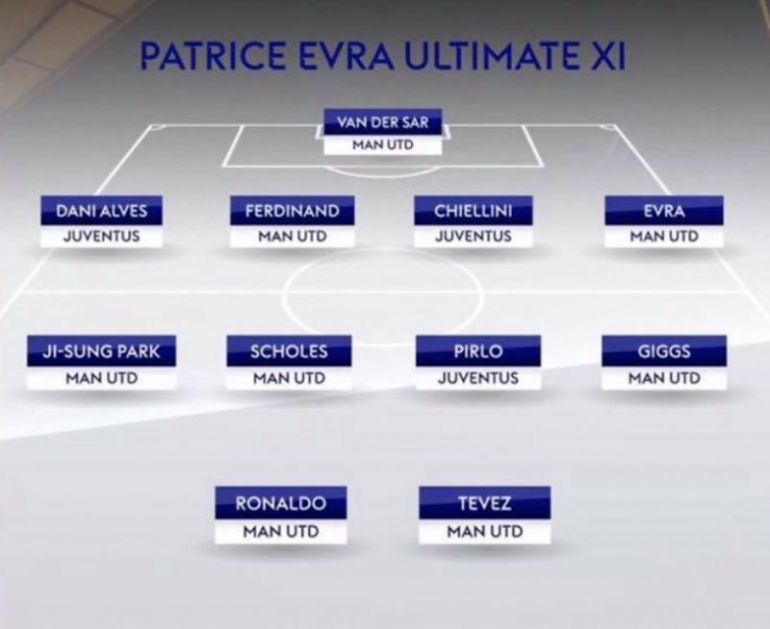 It’s a drool-fest in central midfield with Paul Scholes and Andrea Pirlo, coupled with Ji-sung Park and Ryan Giggs on the wings.

To complete the 4-4-2 formation, Evra opts for Cristiano Ronaldo and Carlos Tevez up front.

The only selection I’d raise most questions about is Tevez over Rooney.