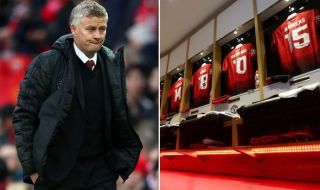 On the face of it, you might dismiss this article as the musings of an armchair United fan, who’s never been to match at Old Trafford – instead ‘supporting’ the team from afar, and it doesn’t come much further afield than Sydney, Australia. That’s the perception.

The reality is that of an Irish United fan who chose to move to Sydney back in December 2017, but opted to retain their season ticket at Old Trafford – having had it since 2010 (in the wake of many season ticket holders defecting to FC United). To many that would seem ludicrous given the distances involved. To me, it’s something that you just cannot give up – no matter what the circumstances. Needless to say, those circumstances are particularly trying at the moment when it comes to United on-pitch matters. However, like most United fans in their late twenties, I’ve been fortunate enough to grow up during a time of unprecedented success for my club under the guidance of genius manager. You could say we’re owed this period of stagnation.

Living in Australia obviously has its perks when compared to Ireland/UK, the weather and lifestyle to name but two. When it comes to watching United, it could not be more different. Essentially, a lot of early mornings and waking up in the middle of the night for little reward. It really is a labour of love, and has given me a whole new level of appreciation for those who have done it for far longer than the nearly 2 years that I have.

Enough about that though. I was in Perth for the first leg of United’s pre-season tour in July, and despite the poor end to last season – it was hard not to be taken aback by the team’s reception IN Western Australia. My week in Perth preceded a long-awaited trip home to Ireland, during which I attended the first game of the season against Chelsea. It also contained a chance encounter with United We Stand editor and well-known football journalist, Andy Mitten, during a wine tour. Andy and I would again cross paths outside Old Trafford on the opening day of the season, resulting in a brief cameo on the UWS podcast. It was hard not to be optimistic.

Having been at both games against Perth Glory and Leeds United, it appeared as if Ole Gunnar Solskjaer and his staff were instilling a clear high-pressing game, where United would look to utilise pace on the counter attack to exploit opposition. Optimism continued through the remaining pre-season friendlies, and was accentuated by a 4-0 win against Chelsea when the league season began. This was no ordinary 4-0 game though, and Chelsea could easily have been ahead at the break – having hit the woodwork twice. Opening the scoring allowed United to sit back and soak up pressure, before scoring 3 second half goals on the break. Whilst there were encouraging signs – namely Aaron Wan-Bissaka and Harry Maguire’s performances; allied to a debut goal for Daniel James and a poacher’s finish from Anthony Martial. I left the ground that day with the feeling that once opposition teams got to grips with our clear tactical idea, we may find it difficult to break teams down and might be in for a tough season. And so it has proved.

Yes, there have been mitigating factors to somewhat explain United’s worst start to a league season in 30 years. Missed penalties (see games against Wolves and Crystal Palace), VAR deciding not to award penalties (Crystal Palace and Arsenal) and a catalogue of injuries (for a change!!), if you have red-tinted spectacles. The reality is that this is a squad bereft of numbers and quality in key areas, and has struggled past Rochdale on penalties in the Carabao Cup, mustered zero shots on target against AZ Alkmaar in the Europa League, and already suffered 3 defeats in 8 league games. The most recent of which against Newcastle may have represented a new low in the post-Fergie era (yes, another one) – and there have been many. A truly horrendous performance, not made any better by having to wake up at 2.30am to watch in Sydney.

For me, the most interesting part about watching us recently has not actually been the football itself- but moreso the pre and post analysis discussion in the Sky Sports studio. Gary Neville, Roy Keane, Jamie Carragher, Graeme Souness and Jose Mourinho  – a collection of alpha males bemoaning  the on and off-field failings of the club from a number of different perspectives. Two ex-club captains, the most recent ex-manager and two men with obvious Liverpool allegiances – revelling in the travails of their arch-rivals.

United fans will not turn against Ole easily. We continued to support David Moyes, Louis van Gaal and the aforementioned Mourinho in the face of poor results and even worse football in most cases. That is not to say that he is without fault either. The style of play that was apparent in pre-season has disappeared, namely the lack of pressing. Could substitutions and in-game management be better and more proactive? Absolutely. It is not unfair to question what is actually worked on at the AON training complex on a daily basis, because it hasn’t been apparent in any way – particularly in the attacking third. A characteristic of Ole’s successful  honeymoon period between his appointment and PSG away in March was specific tactical game-plans to exploit opposition – particularly in away games at Spurs in the league, as well as Arsenal and Chelsea in the FA Cup.

For me, a symptom of United’s current plight is the continued persistence in starting Andreas Pereira. A player who has had mixed loan spells at both Granada and Valencia, but one who I have never seen hallmarks of a Manchester United player in at all – whether that be playing in midfield or in wide positions. Whilst a commitment to playing young players is admirable, sometimes a manager needs to be ruthless. Starting Ashley Young at either right or left back has also been forced upon Ole in large part due to injuries to Wan-Bissaka and Luke Shaw, but choosing to deploy the promising Axel Tuanzebe in a completely unfamiliar left back role against Arsenal recently is one which should  leave any manager open to criticism.

When a 21-year-old winger who was playing for Swansea a year ago, and on the verge of joining Leeds in January, is already being relied upon as your main attacking outlet you know you have problems. The progress of Scott McTominay has been a rare area of hope thus far this season, but in Paul Pogba’s continued absence through injury, there is even more pressure on him to perform in midfield. Similar can be said of Mason Greenwood, whose goals against Astana and Rochdale have provided fans with a glimpse of perhaps the most natural finisher at the club. If this truly is a transitional period, why not play the youngsters rather than persist with players who are either no longer fit for purpose – or who have never been of a United standard in the first place?

The international break has brought the usual briefings from United ‘sources’ pledging support to the manager, as well as detailed pieces on Ed Woodward and the club’s revamped recruitment strategy (see The Athletic). Ultimately results on the pitch, rather than on the balance sheet, will dictate Ole’s fate, and whether he gets the patience to see through his vision for change. That resumes on Sunday when we host Liverpool , with the current European Champions seeking to match Manchester City’s 18-match winning streak in the league. Given the rivalry, Sky are giving the match a 90 minute build-up (from 1am Sydney time). Let’s just hope that on-pitch viewing is more compelling for United fans than the off-field discussion.