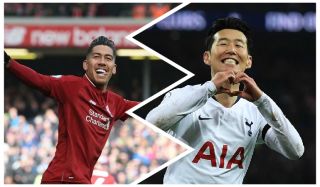 Manchester United will be looking to sign a striker in January knowing how difficult it is to sign prime targets halfway through the season.

Clubs are less likely to allow star players leave during the winter transfer window, but Ole Gunnar Solskjaer and Ed Woodward find themselves in a situation after selling Romelu Lukaku in the summer without signing a replacement.

It remains to be seen who will be available and Solskjaer will then make a decision on whether this player joins for the short-term or long-term.

Take Juventus forward Mario Mandzukic for example. At 33, the Croatian could come in and make a difference until the end of the season, but a player of his age doesn’t have a long-term plan and United will need to revisit the transfer market when it reopens next summer.

The former United defender turned pundit told Sky Sports, as quoted by the Daily Mail: “I look at Firmino when he first came to England, I look at Salah when he was first at Chelsea, I look at Mane. Sometimes players have to develop into what they are going to become.

“I think United want a striker like Firmino, like Son at Tottenham. I think [Solskjaer] wants that type of player.

“I don’t think he wants a typical striker who is basically going to be a Lukaku or a Costa.

“I think the club has always had strikers who can play in pairs, who contribute off the ball.

“I’ll make a point about Ruud van Nistelrooy. We won less championships with him at centre-forward than when we brought Louis Saha in to partner Wayne Rooney.

“He was nowhere near as good a finisher as Ruud or as good a striker as Ruud, but the team became better.

“And that’s my point, I don’t think Ole wants a striker like that; I think he wants a mobile striker.”

Solskjaer would have identified this weak link in his side before the season started, so the scouts will be well aware of the type of striker he wants to sign in the upcoming transfer windows.

While Roy Keane wants United to sign Harry Kane, that won’t happen in January and we might have a battle on our hands to convince him to leave White Heart Lane for Old Trafford at the moment.

Marcus Rashford is likely to spend the rest of this season on the left, with Anthony Martial returning and ready to play a central role.