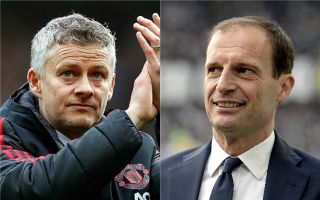 Manchester United have endured our worst to a season since before an entire generation were born. Not since 1989 have things been this bad, with Ole Gunnar Solskjaer’s 47.5% win rate lower than any of his United contemporaries since 1981.

At the time of writing, we are 13th (thirteenth) in the table and only two points above the Premier League’s bottom three. I never thought I would write that about our club in my 28 years on this earth so far. It’s October and our campaign has already effectively turned to dust, with the growing threat of a Liverpool title charge only heightening the already stormy mood enveloping the club.

Two months shy of a year in charge, it’s difficult to gauge perception of where we are on Ole. Out of his depth? Or hampered by an inept board with an equally as awful wafer-thin and injury hit squad? Do we give him time or admit that sentiment ruled common sense and cut our losses on a legend? We’ve tried everything and got nowhere.

Yes, ladies and gents, we have reached that point already: Ole in or Ole out? Yet for me there is simply no debate to be had – yes things are bad, worse than I’ve ever known, but we simply cannot keep changing managers on a biannual basis. It won’t help us, it’s counter productive and would send us even further backwards than we are already. We’ve been here before with Louis van Gaal and Jose Mourinho to no avail. A new manager wouldn’t do anything that the others haven’t done. More on that in a moment.

With the gaffer under the cosh, there are parallels to three years ago when a serial winner, big name, marquee manager was mentioned at every turn, on every breath and every sentence, eyeing up the role like a big cat stalking its prey from afar. On that occasion, it was Mourinho at van Gaal’s expense. This time, with Solskjaer seemingly only ever one game from the sack, it is Massimiliano Allegri. The Italian – on a sabbatical after leaving Juventus – has not been contacted by United but yet has been strongly linked as the next man through Carrington’s revolving doors should the club’s powers-that-be bite the bullet. So much so that’s he’s reportedly learning English in readiness for the job.

Like with Mourinho, there is no disputing Allegri’s impressive record. He has an impressive CV, has won trophies at the highest level and is one of the most successful managers of his, and our, generation in leading the Old Lady of Juventus to five successive Scudettos. Sound familiar?

But, also like Mourinho, he has a penchant for conservative, negative, stifling football and a liking for established-aged players. That wouldn’t suit United’s young side and would go against the ‘cultural reset’ that Ole is trying to implement. If we were unhappy with Mourinho, why would Allegri be any better? Isn’t he just Mourinho 2.0?

He’s not going to come in and turn Nemanja Matic into prime Andrea Pirlo, or convert Marcus Rashford into Lionel Messi. This squad isn’t good enough and a new manager won’t magically make them any better. Managers like Pep Guardiola and Jurgen Klopp et al might make good players world class, or average players good, but you can’t polish a turd. If you’re s**t, you’re s**t. Like his illustrious predecessors (and Moyes), Allegri would have the same problems.

We might enjoy the sort of new manager bounce we had when Solskjaer first came in, but ultimately it will end the same way – let down by the board and a squad incapable, or unwilling (perhaps both) to give their all. He would come in with his own ideas,  his own way of playing and a fresh ideology when it comes to transfers – different from Ole and different again from van Gaal and the other bosses these players have played under. He’d then need time to implement all of the above and we’d be back to square one.

We’d simply be repeating our mistakes. Allegri is available, but utterly unsuitable.