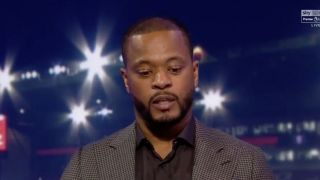 Patrice Evra has revealed his belief that Liverpool went into the game against Manchester United perhaps a little overconfident.

The former United left-back is a guest on Monday Night Football as Sheffield United host Arsenal in the Premier League.

Marcus Rashford scored United’s only goal in the 1-1 draw with our arch rivals. It put an end to Liverpool’s perfect start to the season, though United will feel they deserved the win.

A late equaliser from Adam Lallana was enough for Liverpool to take a point from Old Trafford.

Given how bad United have started the season many were convinced Liverpool would win easily. That wasn’t the case and Evra thinks they counted their chickens prematurely.

As seen in the video below, Evra questions Liverpool’s mentality going into the game (footage from Sky Sports Premier League):

“They didn’t play this game as a derby. They were a bit overconfident”@Evra and @Carra23 look back at Manchester United v Liverpool