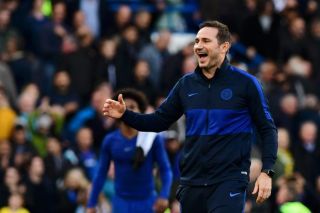 Manchester United were recently linked with Leicester City defender Ben Chilwell but there could be some competition from our London rivals Chelsea.

Chelsea manager Frank Lampard is reportedly set to axe two of his left-backs and instead pursue the transfer of Chilwell to fill that role.

The 22-year-old has been excellent for Leicester and all indications suggest it won’t be long before he joins a bigger club.

The Sun previously linked Chilwell with a move to Stamford Bridge — in a deal likely to cost £50m — so it looks like United will have competition if they wish to secure his signature.

Another report from The Sun also linked Chilwell with United, who could do with a better left-back than Luke Shaw. The England international is injured again and there are high hopes for up and coming left-back Brandon Williams.

United need to recruit better than they have done in recent years. The summer, however, saw an improvement with the arrivals of Aaron Wan-Bissaka, Daniel James and Harry Maguire.

Chilwell could be the next on Ole Gunner Solskjaer’s list.