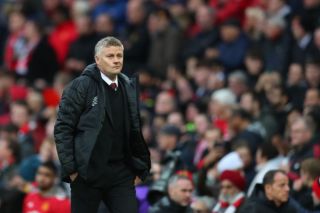 Ever since Ole Gunnar Solksjaer became permanent manager of United in late March 2019, the team’s performance and results have taken a nosedive. The initial promise and optimism seen at the beginning of his caretaker tenure has swiftly transformed into the despair us United fans are all too familiar with as of late. It could be argued that an unfit squad, poor mentality and subsequent injuries have hampered Solksjaer’s ability to get the results Manchester United so desperately require but the fact also remains that the football has just not been good enough for a club of United’s stature.

Ole has spoken multiple times about a cultural reset ongoing at the club; and this week the club’s head snake Ed Woodward has also thrown his hat into ring on the subject at a staff briefing. But what does that entail exactly if the Glazer’s and Woodward are going nowhere? Is it a ploy by Ole and those above, as an attempt to offer hope and draw some of the venom out of the United fanbase momentarily? Or is it a hard truth that United are in such dire straits that the fanbase might need to accept a few seasons of turgid mediocrity, or perhaps worse, to see United shine again?

A succession of squads under Moyes, Van Gaal and Mourinho have all failed to live up the United standards regardless of whether they were the right men for the job or not. The players we’ve seen have reflected those in charge of the unholy brand United has become; that is to say: bloated and complacent.

United have a mass of sub-par talent on massive wage packets, some of whom seem almost immovable barring a divine miracle. We’ve seen some movement over the summer with the likes of Sanchez, Lukaku, Darmian and Smalling all shipped out but there remains many more to follow. Understandably, the fanbase has grown impatient with the idea of transition and want every weak link removed but a rebuild the size that United require will probably take a few seasons of good recruitment and management.

The burning question in every United fan’s mind at the minute surrounds Ole and if he is the right man to take us forward. On one hand he knows what it means to burden the weight of the United jersey; as a player he was the embodiment of professionalism, which is certainly something we’ve lacked as of late in many aspects of the club. In that sense he knows where United need to get to mentality wise but the big question remains whether or not he has the know how to actually implement the ideas. On the face of it, his managerial record is weak. He had a good spell at Molde in his native Norway, where Ole implemented good football but the caveat being that the Norwegian Tippeligaen is nothing compared to the Premier League. His subsequent spell at Cardiff was nothing short of diabolical. Frankly, there is nothing bar his stellar playing career and legend status at the club to inspire confidence in his permanent reign as United manager. In the modern world, admiration and nostalgia alone will not buy Ole any significant time in the United hotseat.

The question, for now, remains unanswerable. If results and performances don’t take an upturn swiftly, I have no doubt Woodward will renege on his Solksjaer promise and issue a scorched earth policy on all things Ole. But for the first time at United the genesis of some sort of path forward that seems at least partially sustainable is in view. Maybe Ole is not up to the task of bringing United to the apex of English football once more but perhaps with a few frustrating and underwhelming seasons he can pass on a squad with a strong, recognisable identity to a more capable and visionary manager. But it’s a big maybe.