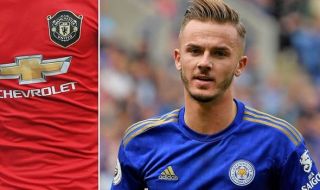 Manchester United have been lacking the creativity spark required to win games this season.

Only five clubs (Norwich, Tottenham, Sheffield United, Crystal Palace and Newcastle) have made fewer than 15 big chances, according to statistics provided by Opta.

This explains why Ole Gunnar Solskjaer is targeting Leicester City playmaker Jamies Maddison, as per the Daily Mail, and there is no denying that he would be a major improvement on Jesse Lingard.

Maddison also fits the profile of a player Solskjaer is looking for as he tries to rebuild an ailing squad.

Well-respected journalist David Ornstein claims to have spoken to people with links to all three parties. In a piece for The Athletic, the former BBC Sport reporter wrote:

“Some I have spoken to with links to all three parties feel the 22-year-old will move to Old Trafford within the next year. Others suggest it is more likely he signs a new contract to improve his terms and protect his value to Leicester before leaving during the course of that deal. And, clearly, other clubs are sure to have a say in the situation, not least the one who he currently represents.

“At this point in time nothing is even close to being decided — the only near-certainty is that, the way things are shaping up, United will find it harder than ever to prise a player who in times gone by would have been a relatively straightforward capture for the 20-times champions of England.”

Maddison is likely to be targeted by more clubs in the Premier League than United. He’s a player who would fit right in at Liverpool, Man City and Spurs.

The Red Devils are not likely to secure a Champions League spot and could miss out on qualifying (again!) unless they win the Europa League outright.

“Everybody is wondering what Manchester United are about and where they are going,” a prominent football agent told The Athletic. “Each situation us different and for some players United is still the destination of choice. But more generally players are less willing to go there than in the past.

“There was obviously a time when United were on the same level as the likes of Barcelona and Real Madrid, recruitment-wise. Now you would always pick Real, Barca or certain others. You have to play in the Champions League and challenging for the title. If it keeps going like this, we’re getting to the point where younger players won’t remember that United were successful.

“Agents will be asking for more because they know that for the first time in a long time Man United need players more than players need them. They used to be in the stronger position but they now have a weaker hand and players can use that to their advantage in negotiations.”

Maddison’s rise to becoming on of the most creative players in the Premier League is a great story and Leicester deserve credit. The Foxes took a chance on a young player from Norwich, a Championship side at the time, and gave him a 5-year deal.

He has not yet broke into Gareth Southgate’s England side but that will come in time.

The Leicester star is definitely one to keep an eye out for. Will United strike a deal?