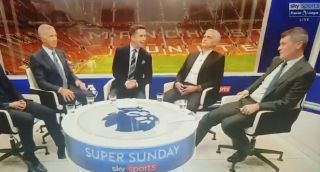 The England international is seen as one of the best strikers in world football and Keane thinks he would be the ideal signing to bring goals to Old Trafford.

Keane uses Spurs’ challenging start to the season as his main reason as to why United should target Kane, but United haven’t been any better.

It goes without saying that he’d make a brilliant signing, though I can’t see Kane moving to a club in a similar situation — if not worse — when other big clubs around Europe will be chasing his signature if available on the transfer market.

‘What you all staring at’