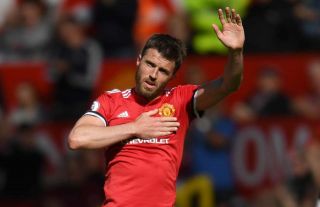 Since the turn of the century, Manchester United have monopolised the footballing circuit, peppering the planet with millions of acolytes. The amount of silverware the Red Devils have snatched over the past thirty years fully warrants the plethora of fans they boast around the globe.

One player who has seen the highs and lows of the clubs’ success and the ever-evolving Premier League is Michael Carrick. This man is undoubtedly a titan of the club, yet he has been somewhat overlooked for his footballing achievements – but why is this so, and will it ever change?

Flash back to the summer of 2006, and Manchester United have once more been comfortably pipped to the Premier League title by dominant Chelsea. The 2005/06 campaign would represent the Red Devils’ third Premier League season without a title, marking an unprecedented length of absence from the Old Trafford trophy room.

That same campaign also saw the aforementioned Roy Keane leave the club after 13 years’ meticulous service. Upon his departure for Celtic, the Red Devils struggled for direction at times, and needed a new influence in the middle, who could boast the same skillset, but utilise it in a way that was more relevant to a transitional era in tactics, fitness and psychology.

Michael Carrick ticked every box at the time, having done much to put Tottenham on the brink of breaking the top four in 2005/06. The change in United’s dynamic was immediate, and Carrick was in good company with England teammates Paul Scholes and Wayne Rooney, acting as the defensive foil to their attacking prowess.

After making more appearances than any other midfielder during the title-winning 2006/07 season, Carrick would be seen as an integral part of the team by the time he began his second season at Old Trafford, if not the nucleus itself. Once again, he was a huge influence within the first Manchester United team in seven years to successfully defend a title, and in May 2008, won his first Champions League medal.

International Oversight the Cause of ‘peer eclipse’

Carrick was one of the first ‘new school’ captains at Manchester United, and perhaps the most recent one that can be considered a success, given how these markets provide some insight into United’s current decline. Unlike fellow central midfielder Roy Keane, he focused more on the technical elements of his game, such as passing between the lines to marshal the side around him – rather than playing like a vociferous pitbull, chasing, pressing and harrying the opposition to gain territorial advantage, while barking orders at teammates.

Carrick’s impact is not lost upon the United fans that actually went to the game back in the late 2000s and early 2010s, rather than those with a mere passing interest in the club. As such, the reason that he is not remembered to the same degree as Paul Scholes or David Beckham is not necessarily down to how his career went at Old Trafford. It is, rather, to do with how he was prevented from making his mark on the international stage, while staking a possible claim as the Premier League’s best all-round midfielder.

Indeed, ask a member of any other club’s fanbase who the best English midfielder of the past twenty years is, and the reply will predominantly be ‘Steven Gerrard’. Following England’s decline after the 2006 World Cup, which culminated in the so-called golden generation’s failure to qualify for Euro 2008, demand was high for a midfielder who was both vocal and naturally gifted.

Gerrard, without question, fitted the bill perfectly. As a man who could direct others, and pass or shoot with equal confidence, he was the man that everyone believed should be the driving force behind England’s revolution under the new manager Fabio Capello. Frank Lampard was seen as his natural midfield partner, but as would infamously become apparent all too quickly, the two simply never gelled as anticipated.

This should have been Carrick’s cue to provide Capello with a differential approach, especially given the rigid, defensive undertone of Capello’s default game plan. However, the run of starts he needed to join the likes of Lampard, Gerrard and Scholes in the perceived stakes of greatness never came. As England won a greater percentage of games without him, compared to games with him, no England manager before or after Capello felt a particularly burning desire to include him, simply because of his status as a serial trophy winner with Manchester United.

Carrick’s arrival at Old Trafford came at a time when United were in danger of slipping away from the top, and his stay at the club coincided with a second period of great bounty under Sir Alex Ferguson. Sadly, however, it is seemingly the fate of a central midfielder to be eclipsed by his teammates in the final third, with those teammates benefitting from his vision and range of passing, latching onto the end of an expert ball to score the goals that truly matter.

Ultimately, fans care only for goals, and not necessarily ‘pass success rates’ or ‘chances created’ – although in the age of readily-available, refined football analytics, these can be viewed for free, and there are now healthier levels of appreciation given to those that regularly assist. Thus, unless said midfielder is licensed by his manager to roam and score goals like Frank Lampard – or possesses a lethal long-range shot like Steven Gerrard or Matthew Le Tissier – it is seemingly in the job description of a central midfielder to be overlooked.

There are, of course, several exceptions in Premier League lore. Manchester United legend Roy Keane has gone down in history as the best captain the club has ever had, while one-time personal rival Patrick Vieira is still lauded at Arsenal for his similarly passionate nature and superlative leadership qualities.

Neither man was a regular scorer, and more than anything, they are often remembered for the red cards they received during the heat of battle. Yet, in an age where players are well-protected and VAR overrules any captain’s voice, many fans across the British Isles now find themselves feeling far more nostalgic towards the ‘Keane’ style of captain, compared to his successors.

It is somewhat inevitable then, that the career of Michael Carrick is less widely celebrated, as he was never one to roam, showboat or get in an opponent’s face to the same extent. Regardless, he will always command the respect of the Stretford End, continuing his excellent relationship with the club through a coaching capacity, rather than succumbing to the cosy world of punditry like so many others of his generation. 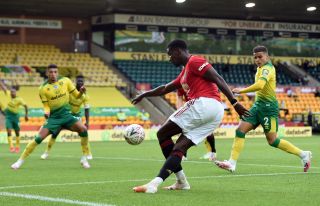 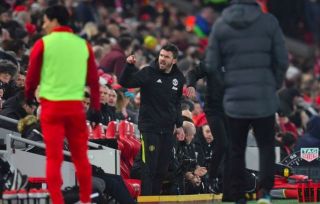