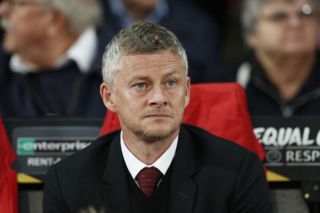 Manchester United are reportedly set to back Ole Gunnar Solskjaer with six new signings in the next two transfer windows.

The Red Devils have been awful this season and there’s already been talk of the manager getting the sack despite only being appointed permanent boss in March.

Solskjaer is not the most experienced so it feels like we’re in unknown waters, not knowing whether he has what it takes to turn this around, but new reports suggest United are willing to give him more of a chance with additional signings over the next two transfer windows.

The Daily Mail claims this newfound backing from the board could lead to an investment in six new players in January and next summer.

It will be interesting to see if the Norwegian can improve things if he gets more players in. His three signings to date — Daniel James, Aaron Wan-Bissaka and Harry Maguire — all fitted in quickly, even though results haven’t been good.

United are also said to be in the market for another centre-back and a left-back.