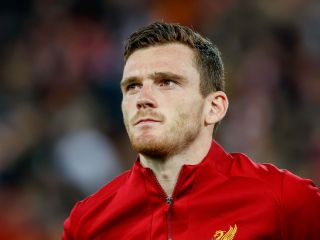 But the Scotland captain still made a point of Manchester United’s struggles and how OIe Gunnar Solskjaer’s men are still looking to kickstart their season.

United are currently 12th in the Premier League table after winning just two of our opening eight fixtures in the league. That also leaves us just two points clear of the relegation zone.

“I don’t think it matters what your form is like in these games,” said Robertson, as per The Express.

“It will be a one-off game and we’ll see who comes out on top. I think what makes it so special is that it’s historic.

“There have been such great battles down the years. And they’ve always had top teams who have always fought against each other for everything on the pitch.

“It’s always like that. And it’s genuinely a different atmosphere when you play against them. There is always an edge to it.

“It’s a proper game and, sometimes, it gets played like a cup tie. I have no doubt that they’ll produce a reaction after a poor performance against Newcastle.

“I’m absolutely sure that they will be firing and wanting to kick-start their season. For them, there would be no better time to do it than against us.

“But we have our own objectives and our own aims. That’s what we’ve got to be striving for.”

Hopefully Solskjaer’s men can put a dent in Liverpool’s title hopes as a win for the Scousers will see Jurgen Klopp’s side equal Man City’s record of 18 consecutive Premier League wins.

And if results go their way, Liverpool could go 11 points clear on top of the Premier League.

For United it’s about getting back on track. Solskjaer is under severe pressure and real questions are being asked of him now.

He needs to get Anthony Martial fit and back amongst the goals. Otherwise the Norwegian will continue to walk the tight rope at risk of falling off.