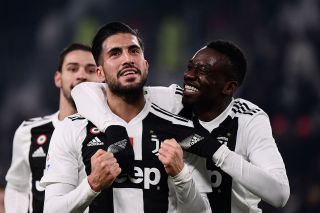 This will be sure to offend Liverpool fans!

The last player to represent both Manchester United and Liverpool was Michael Owen, a transfer that saw the former England international leave Newcastle for Old Trafford before going on to claim his only Premier League title.

How many former Liverpool players have won the Premier League?

However, news has filtered through on this very boring international break that Emre Can, who like Owen, left Anfield after running down his contract fancies joining the Red Devils.

It makes perfect sense because the Germany international is not getting any game time under Maurizio Sarri at Juve and we’re in desperate need of midfielders. Now it comes down to what Solskjaer thinks.

Moreover, the Daily Mail have touted Paul Pogba returning to Turin as part of a swap deal, which I can’t see United agreeing to — especially in January — with Solskjaer unlikely to allow his best player leave halfway through the season.

It wasn’t the best decision for Can to leave the Premier League but he would be stupid to think it’s all over now. The versatile 25-year-old midfielder could return to England and get his career back on track again.

We’re sure Can will be watching the big game this weekend!