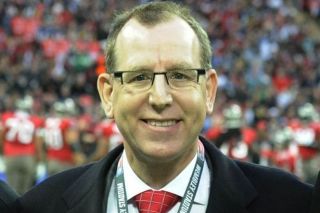 This is really worth watching.

Editor of Manchester United blog The Peoples Person, Sam Peoples, has uploaded a comprehensive video explaining what Kevin Glazer is doing with his shares.

Media reports have suggested that Kevin, one of the six Glazer brothers involved at Old Trafford, wants out of the club, but even if the does sell his 13% stake it will not affect the running go the club in the short term.

Between them all, the Glazer siblings hold a combined 90% take in United after their father Malcolm died five years ago.

Sam asks whether Kevin Glazer is prepared to sell is shares at United? He takes a look at the facts and figures behind the news story to explain exactly what Kevin has done, what it means and what it will change at United.

Is one of the Glazers really about to sell up? Sam certainly thinks so.

If Kevin leaves, however, his voting power is likely to end up with his Glazer siblings.

That means their power remains though we can hope it would has a domino effect on the rest.

Sky Sports deny any truth in claims Kevin Glazer is about to sell his reports — as noted by UnitedPeoplesTV.