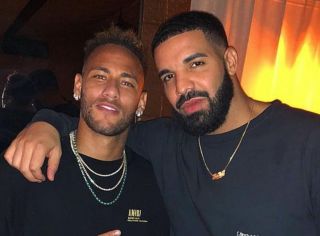 Quality player, ability to be one of the best around, but Manchester United were right to stay clear of Neymar.

Something needs to change on the pitch at Old Trafford. Ole Gunnar Solskjaer’s team lack confidence and he looks completely lost, out of hid depth, but we’re still rooting for him to pull through and get this club back on track.

It’s a huge ask of course and Solskjaer may need a big-name signing so that he can build his team around.

The Athletic’s Daniel Taylor writes Neymar was on United’s radar because he is a ‘genuine, category-A superstar’ and executive vice-chairman Ed Woodward believes ‘the club should have at least one Ballon d’Or contender in their squad’ at any given time.

Sure, that works as long as the team has chemistry, but I couldn’t think of many worse superstars than the PSG attacker. Some at the club are said to have been worried over Neymar’s party lifestyle and lack of dedication to his game off the field.

“In Neymar’s case, United think it would be him pouring the caipirinhas.”

It is clear that Solskjaer is trying to lay the foundations for a hardworking team, which is not something I’d want Neymar part of anyway. He’s got frightening ability but strikes me as a bad egg.

His Instagram feed is a poll of unwanted attention for a football. You can just about picture him hanging around Deansgate Locks, but without company such as Rihanna and Drake…

The article also suggests that United had concerns over his father, Neymar Sr, who operates as his son’s agent and handles all negotiations with regards to transfers. United officials consider him ‘money-obsessed’ which should be another reason to step away from the table.

It is clear that Neymar doesn’t look after himself or behave anyway like world respect athletes like Lionel Messi and Cristiano Ronaldo. He will only ever be in their shadow.