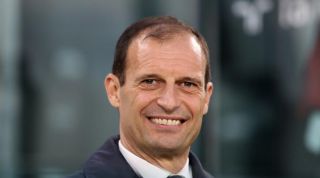 Tuttosport have gone heavy on Massimiliano Allegri to Manchester United on Wednesday.

Since the beginning of the international break there’s been more talk of Ole Gunnar Solskjaer being axed and replaced by the former Juventus boss. The Daily Mail even claim that he’s promised former United left-back Patrice Evra a place on his backroom staff if he gets the job.

The Italian paper this morning claims the manager is ‘very close’ to the Premier League, which sounds far-fetched as no decision has been made yet on Ole.

They go into detail on Allegri’s supposed salary, if he were to join United, and it’s reported that he would earn more than the €7.5m-a-year he was getting from Juventus.

Maybe he’s willing to play it out until the end of the season and take a full year break from the game. Allegri only walked from Juventus at the end of last season after guiding the Old Lady to their fifth successive league title and is understood to be learning England during his time off.

Moreover, he has given an interview to Polish newspaper Przeglad Sportowy whilst attending AEFCA’s [Alliance of European Football Coaches Association] 2019 Symposium in Warsaw, as cited by Sport Witness.

Allegri gave no information on his supposed move to Old Trafford but joked about his level of English, saying, “I speak English too poorly for now, but I am learning.”

If United lose to Liverpool this weekend we’ll be flooded with Allegri reports next week.

It’s all very unfair on Solskjaer but this is a results business after all.